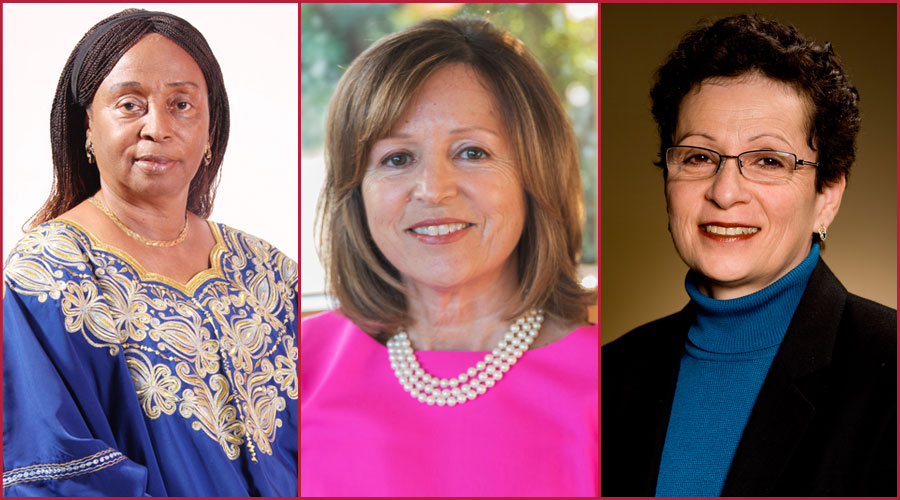 21 LEADERS FOR THE 21ST CENTURY
Profiles of three outstanding leaders dedicated to improving lives of women and girls:Dr. Thelma Awori, Sema Başol, Jill S. Tietjen, P.E.
Sema Başol
By Jan Paschal and Sally Decker
Sema Başol leaned in at work — long before Sheryl Sandberg made it popular — and then launched a second career by leaning out. Başol, who rose at Mattel, Inc., after earning her MBA in the 1970s, moved to Silicon Valley in 2005. For the first time, she had the chance to meet and volunteer with women who were running their own nonprofits and doing great work — making a difference in the U.S. and around the globe. That led her to think about her own place in the world.
“It was transformational,” she said. “I realized that I care a lot about women and I want them to have fulfilling lives.” She believed that it was her duty to find “a way to give back to women in other countries, starting with Turkey.”
“I realized that I care a lot about women and I want them to have fulfilling lives.”
Born and raised in Turkey, Başol came to the United States in 1974 on a scholarship to earn her MBA at UCLA, Anderson School. A few years later, she joined Mattel as a financial analyst and worked there for 19 years. Başol was eventually promoted, becoming a marketing director. She played a major role in setting up Mattel’s consumer products division for international markets, generating over a billion dollars a year in sales. Her projects included working with designers and manufacturers around the world to develop Barbie apparel, music and bedding under licensing deals linked to Mattel’s famous doll — and one of its biggest brands.
Today Sema Başol is the co-founder of the Turkish Women’s Initiative (TWI), based in California, and Change Leaders Association, TWI’s sister organization in Turkey.
Her route to the nonprofit world opened up after she met Dr. Jeanne Nidorf, a cultural psychologist, in Silicon Valley. Together they founded the Turkish Women’s Initiative (TWI) in 2008. The nonprofit’s programs give young Turkish women the chance to learn practical skills crucial to success in the work force. Within Turkey’s exam-driven world of university education, Başol said there is no pathway for women to learn the leadership skills needed to navigate the business world.
TWI’s signature Sparks program in Turkey is an eight-month learning and leadership experience for young Turkish women who are the first in their families to go to college. They learn everything from how to identify problems in their communities and talk about social change to how to fundraise and work as a team. They learn “to be leaders by being leaders,” Başol said.
TWI is celebrating increased local financial support both in the U.S. and in Turkey, giving Başol an opportunity to think bigger. She hopes to expand the nonprofit’s work to programs for high school students and their mothers, as well as working blue-collar women.
“It’s amazing how much they learn about themselves,” Başol said, referring to TWI’s young Sparks participants, “and what it means being a woman in a country like Turkey.”